Last year, I wrote that despite the ongoing social context and glaring opportunity to shape powerful conversations around American social issues like income equality, drug addiction, racial profiling, gender roles, gun laws or Syrian refugees, most brands came up short. They shied away from taking a stance on any of these issues, on the nation’s most impactful platform — the Super Bowl.

This year, I was happy to see that more social issues were addressed. The content was powerful, the stories were beautifully woven into the current context and most importantly the promise of the quintessential American dream of freedom filled with faith and optimism could not be missed.

In my opinion, this is, in part, because the current political and social conversation is just too loud for brands to ignore.

From a mother and daughter’s hopeful journey to the land of opportunities, to people singing ‘America the Beautiful’ in different languages, to a father talking about gender equality, AirBnB’s #WeAccept and through Lady Gaga’s patriotic half time performance – differences were celebrated, emphasizing the true American spirit of inclusion.

But I have a few reservations.

Brands largely spent about $167,000 per second to essentially preach to the converted —people who already buy into the promise of an American Dream that’s accessible to anyone no matter their race or religion.

But what about the forgotten — those who aren’t active on social platforms or posses alternative thoughts? They spoke with their votes, and they likely have very pointed opinions and positions, but we still don’t have the context behind their thinking.

Are brands still making the same mistake as the pre-election pollsters and people who lived in their social media echo chambers?

It is time to acknowledge that clearly there is a significant population in the US with alternative thoughts and ideas. Did advertisers manage to make this population rethink their current positions?

For instance, how many Americans who feel that their jobs are at risk could relate to the truly inspiring immigrant story of Budweiser’s co-founder? Yes, it is a wonderful brand story. But is it empathetic enough to those who feel unheard? Wouldn’t it be more impactful if a brand could make the role of immigrants more relevant and relatable in today’s America? Will the Americans who don’t feel safe in their own country today, start feeling so just because Air BnB said that they accept everyone? 84 Lumber’s door in the wall was thoughtful, but I wonder how many people actually went online, made time for it and understood what it meant.

The American identity has truly and drastically evolved in the last few months. It is heartening to see brands taking a strong stance and driving some of this change. But brands have a long way to go though.

As content creators and social change agents, advertisers must play a more responsible role – they need to think beyond a 30-second Super Bowl spot or the usual metrics of share of voice and brand engagement. They need to start thinking about impact metrics – the ‘will or will-not do’s’ voiced by consumers – as the effect that their brand activism and content can create in society.

Brands should provoke thought from all angles, considering all opinions and choosing a stance that’s aligned with both their brand goals and their stance as an organization, so that their message impacts everyone – including the forgotten. THE DISORIENTED MARKETER: WITH SMARTER DATA AND BETTER TOOLS
TO DRIVE MEANINGFUL EXPERIENCES, WHY DON'T WE? 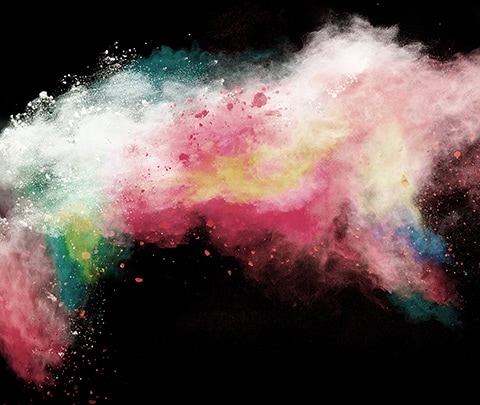 SUPER BOWL 50: BEYONCÉ ISN’T THE ONLY ONE WHO STUMBLED. BRANDS DID, TOO.