The ugly truth about creative brainstorming (and how to embrace it) 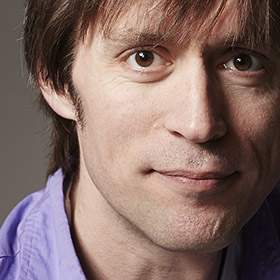 When you’ve worked in the advertising industry for any significant period, you’ll undoubtedly bear witness to quite a few powerful storms. I’m not talking about those that come from the inherent pressures of our often political, deadline-driven business. I’m talking about creative brainstorming.

While group brainstorming (with two or more people) will always have a place in the creative process, they generally don’t play out in the ways that many non-creative people believe they do. I think people on the business side of advertising (account executives, project managers, etc.), as well as outsiders who don’t work in the business, have misunderstandings about how brainstorming works and how useful they really are in practice.

Generally, I have found that two key factors fly in the face of the myth of brainstorming. First, the more people that are involved in a brainstorming or idea-generation session, the less "productive" it will be in terms of man-hours spent versus good ideas generated. Second, the longer a brainstorming session runs, the less productive it will be, overall, regardless of the number of participants.

Simply put, the old Mad Men-era scene of several people locked in a room, drinking and smoking and spitballing for hours or even days to crack an idea, doesn’t really match with the contemporary realities of our business. While I’ll admit that there’s a certain appeal to a scene like that, most creatives these days simply do not have the time to devote to such sessions — as we all know, billable hours and budgets are more scrutinized than ever.

So how can brainstorming sessions work best, in my humble opinion?

Keep Them Short and Simple

When professional creatives are engaged in the creative process, there’s a lot to be said for gut instincts and immediate inspiration. The way things generally go, creatives will have received the brief a day or so before any brainstorming session is scheduled, so their subconscious (and conscious) mind will already be working the problem before the session. Participants will generally come into the meeting with thoughts at the ready, or at the very least, ideas that are bubbling just below the surface.

Accordingly, the way things often play out in creative brainstorming sessions is that there will be five to 15 minutes of chit-chat at the beginning. Then, the next 15 to 30 minutes are when participants share their ideas. During that phase, those ideas will get built upon by people reacting to them or the idea triggering something else. All in, that process takes about 30 to 45 minutes, depending on the number of participants.

From there, one of two things usually happens: The session will enter the phase when there are periods of long silence and blank looks, or brainstormers will revert to small talk and distraction.

With all of the above in mind, when you force sessions to be longer (especially more than an hour), you’ll just end up with more time spent in the "long silences" or "shooting the breeze" phases. Or worse yet, long sessions may even lead to people overthinking to an extent that they either ruin or altogether kill some ideas that could have merit. Unfortunately, when there is an imposed construct to spend a certain amount of time on something, people will think they need to keep plugging away on ideas that may be better off left alone. That pressure to keep going can end up being very counterproductive.

Leave Something in the Tank

In my observation — both as an executive creative director solving advertising problems and as a writer solving story problems — you need to allow the subconscious mind enough time to do its work. A brainstorming session is a conscious-mind-forward process. As mentioned, you’ll usually have some of those good initial moments of inspiration and subconsciously generated ideas coming into the session. Your conscious mind can articulate and explain those to others. And if you’re lucky, maybe someone else will also help to enhance or further develop those ideas. All of that usually happens pretty quickly.

Then, you need to allow time for the well of your subconscious to refill itself. Everyone should take some time on their own (usually at least 24 hours) to do other things, work their own process on the problem at hand, and then come back together and share their fresh thoughts. The idea of all this is to leverage that most productive (30-45 minutes) time of a brainstorm, maximize it, and repeat it a few times as needed rather than wasting time trying to cram it all into a single multihour session.

I’ve heard of successful authors and screenwriters making sure they end any given day’s writing session before they’re all out of ideas or at a point where they already know what they’ll write next in a story. They resist the temptation to continue writing until they feel completely depleted because they know the power of leaving a little left in the well and allowing that to regenerate until the next day’s session.

After decades of working in this amazing business, I continue to be struck by how little people who don’t work in the discipline actually know about the realities of the creative process. From account executives to project managers to the highest levels of holding company executives, there are pervasive misperceptions about how most creatives actually create the work that ultimately drives our business. By following the above advice, however, we can redefine what creative brainstorming is and ensure our brainstorming sessions are as powerful and efficient as we need them to be.

HAMISH MCCOLLESTER ON THE KEY TO THE NEW BRAND EXPERIENCE

FEAR NOT: 3 WAYS TO EMBRACE CREATIVITY AND STEP FORWARD FEARLESSLY